Depression and the Holidays 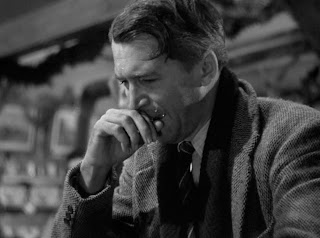 Depression again has raised its ugly head on this blog. There is a ton of reasons for the timeliness of it. Among these reasons are the holidays, my personal experiences and the fact that it is an issue that just doesn’t go away. I introduced a post about the selfishness of depression in 2007. It is the most searched post on my blog and still garners comments and discussion today – although it was written over three and half years ago.

The holiday season is tough on a lot of people. I used to be a person that was baffled to hear about all the depression around Christmas. “Really? You can’t find something to be happy about with the giving, the carols, and all that Yule-tide jazz? Sheesh, even the cursed snow that causes traffic accidents and wet floors is celebrated around this time of year!”

Now, I am one of those people. Ever since my divorce in 2008, Christmas has been tough on me. Christmas lends itself to family and tradition. A broken marriage and loneliness in the wake of “fa la la la la” is a horse pill. It is that stinging loneliness, too, the kind you feel in the midst of a crowd. Then when you finally think you’re over the Christmas family stuff and the New Years non-kiss fall out, “BOOM,” Valentines Day hits just to trash what is left of your gut. Yeah, I get it now. As I mentioned in my last post, I now have a girlfriend , but it looks as though it won’t change any of these latest holiday practices and feelings for me.

Next time, I will update the original post and subsequent discussion. Depression affects a lot of people and unlike small pox, it will never go away. All we can really do is talk about it let those that are affected and the people around them know that they aren’t alone – even if it feels like it.