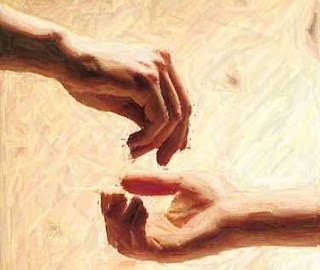 When outsiders who have never heard of God's law follow it more or less by instinct, they confirm its truth by their obedience. They show that God's law is not something alien, imposed on us from without, but woven into the very fabric of our creation. There is something deep within them that echoes God's yes and no, right and wrong. Their response to God's yes and no will become public knowledge on the day God makes his final decision about every man and woman. The Message from God that I proclaim through Jesus Christ takes into account all these differences. ~Romans 2:14-16 (the Message)
9 comments: