Lost Our Step; Lost Our Way

The thought came to me today.  Maybe it is time to give up.  I no longer recognize the world I live in. This has been building up for some time but hit the crescendo today. 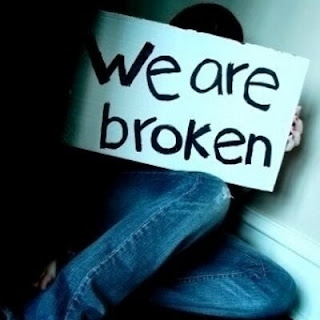 I was looking at Facebook . . . just scrolling. Most of it was hate.  Hate for Donald Trump, hate for religion, hate for people who think differently.  Just hate.  I am scrolling and in the background from the other room I hear "Landslide" from Stevie Nicks and the somber tones and her haunting delivery made the experience surreal.

What is it all for?  Why am I here?  To what end is all this hate pushing us.  We lost our way.

I have always been an idealist.  I like to think that my idealism was tempered with some pragmatism, but I guess that is for others to judge.  I don't think my ideals are that difficult. Is it so hard to treat others with respect even if you don't agree with them?  Is it too much trouble to have love higher up in your holster than hate and venom?

I look at this world and it dawns on me that I have nothing to offer it.  I speak a different language. When I tried to talk to people about it, they look at me like I am from outer space. I don't know what else to do.  I can't join in; I just can't.

I have seen the world burn before.  I was always the first to try to rally the bucket brigade.  I don't see any more buckets.  I just see torches - torches and pitch forks and I no longer want to be here to watch it burn.

Let me give you and example:  When I look at Donald Trump, I don't see Beelzebub.  I don't see the savior, either, and I certainly don't see someone that is going to "make America great again."

You know what I see?  Just a man - a man for a complication of reasons has found himself to be the leader of the free world. I didn't vote for him.  As a matter of fact, of all the people that ran for the president, he was probably last on my list.  But guess what, I don't think he is out to destroy us.  I think he is out to do the best he can - even if his path and experience makes that a long shot.  His values are not like mine, but I don't hate him.  He is going to make mistakes, but I won't crucify him.

I see a fellow human being. When I look at his eyes, I see some fear and the weight of responsibility. I honestly think the job is bigger than his abilities.  I don't think he is properly equipped.  BUT I DON'T HATE HIM and I won't.

Don't misunderstand, this piece isn't about Donald Trump.  He is just an example. If it wasn't him or his opposition (they both get the hate), it will be and IS something else - just constant discord and strife.  We just can't seem to work for our values without hating the other guy.  To what end?

Which brings us back to this world.  It is not beautiful to me anymore.  It is so disappointing. The sniping and the negativity over every manner of things - it just wears me to the ground. It is SO very lonely now. We are lost . . . or maybe it is just me.

Jeff, I once commented elsewhere that I was so disgusted with your incessant pre-election Hillary-bashing and implication that Hillary and Trump were equivalently bad candidates that I was going to stop reading your blogposts. But I'm glad I didn't make good on that pledge born of aggravation. I'm glad because you've written something today that speaks deeply from your heart to my heart at a time when I feel very much the way you say you feel.

I admit that I am disgusted and angry with Trump and with those who voted for him and who now crow with pleasure and pride over his election. And I feel my own ample share of hopelessness over the fate of our nation and my capacity to have any positive impact whatsoever on its trajectory.

But, like you, I don't "hate" Trump. Given my sense that people do what they do and are the way they are because their biopsychosocial nature CAUSES them to act and be that way, it makes no sense to hate someone for doing what he does and for being what he is.

But, apparently unlike you, I *do* see Trump as extremely pathological and dangerous in these politically, economically, and internationally unstable and perilous times, and, thus, I am extremely concerned about our future under his administration working in malignant collusion with a Republican-controlled Congress and, eventually, judiciary.

Like you, I don't think Trump is out to harm this nation, but I think he hasn't a clue about how to make it better, especially for us "little people," and is surrounding himself with people and advocating policies that may very well make life drastically worse for most of us while engendering social mistrust, discord, and degradation along the way unlike anything we've ever seen before. And I think that whatever he tries to do "for the country" is ultimately for himself. I have never seen someone more overtly narcissistic and egomaniacal in or out of public office than he seems to be.

I see these as very dark times, and, like you, a part of me just wants to throw up my hands and retreat from it all. But I hope that you and I will not do this. Instead, I hope that we'll find a way to bring as much light as possible into the darkness and to work in our best ways to make this nation and world a better place no matter what resistance and hardships we face along the way.