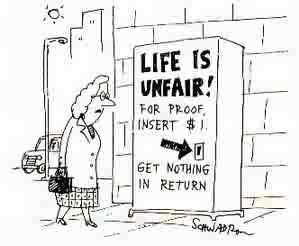 I am now prepared to submit my opinion from my post yesterday. If you hadn’t read it, please stop now and read it first. Otherwise, this post will make no sense. Plus, it will be worth it. I mean who can resist a kid story about little league baseball and a child cancer patient?

I used to coach little league and I know it is easy to get caught up in winning. Sometimes, one can lose perspective on what is really important and make decisions that lack ethics. I have seen coaches cuss out umpires and parents get into it with coaches – making spectacles of themselves in front of their kids. Setting poor examples in youth sports is perhaps the most common problem that occurs.

Despite that, I believe that the Yankee coaches made the right decision. Sure, it is tough to watch this poor kid, Romney Oaks, strike out when the game was on the line with his tears streaming down his face. However, from all accounts, Romney played little league to find normalcy in his life. He didn’t want to have special treatment; he wanted to be a ball player. He also wouldn’t have wanted his coach to use his cancer as a weapon against the other team. What kid, no matter what his health status, would want to hear, “You guys only won because we couldn’t play to win because of your cancer!”

No, I think Romney would have rather had the chance to win the game in the honest way – by hitting the ball. Nothing risked, nothing gained.

Life is tough that way. You get breaks and sometimes you get broken. Kids need to learn that life is tough and sometimes unfair. When a kid realizes that and strives to overcome what stinks about life, he can finally realize what victory is all about – and I am not talking about sports here. In the process – and it is a long one, boys become men.

In addition, the Yankees were kids, too. They worked hard to be undefeated. How could their coach not try for them? I think the coaches made the right decision. Maybe next time, Romney is the hero. That would be a better story, wouldn’t it? However, that story never has a chance to be told if the kid doesn’t get a chance to bat.

I think Romney got it right. He told his dad after the game that he wanted to work on his hitting so next time he will be the kid that the other team wants to walk.

I'm in 100% agreement, besides maybe it was meant to happen that way. Maybe it was the motivation Romney needs to become that "batter the other team wants to walk". And that would be an amazing story.