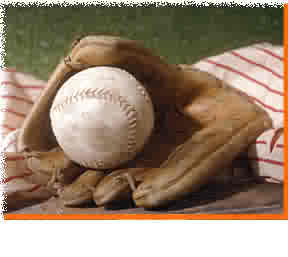 I found an interesting story yesterday about a Mustang league baseball championship game in Utah. For those of you not interested in sports or baseball, be patient. This game was interesting because one of the coaches has been panned for a decision that he made. His decision was within the rules and helped win the championship for his team. What do you think about it?

The Yankees were undefeated. They had a one-run lead in the last inning of the championship against the Red Sox. The Sox had two outs and a runner getting ready to score on third base. The Yankees just needed one more out and they would be the undefeated champions of the Mustang lead. However, the best hitter on the Red Sox was coming to the plate. This kid had already hit a homerun and a triple that day.

The Yankees coaches decided to intentionally walk the kid (told the pitcher to throw four straight balls and award the kid first base). This brought up then next boy in the order who hadn’t demonstrated that he was very good. The poor kid struck out and the Yankees won the game.

So far, no big deal. Ah, but here is the twist. The Yankees walked the Red Sox’s best hitter to pitch to 9-year old Romney Oaks, a kid that had been battling brain cancer, which retarded his athletic development. He even had to have a helmet on when he played in the field because he needed to protect a shunt in his head.

Here is the dilemma: Should the Yankee coaches have pitched to the star athlete and risk losing in order to not put Romney in that position, or did they make the good “baseball” decision and walk him knowing that Romney would be an easy out which means an easy victory?

I will give it some thought and give my opinion tomorrow.

There's no crying in baseball. The coach was obligated to his team, not the other boy--however we might feel about the situation emotionally.

Yes, this is a dilemma, about which reasonable people may disagree. The practical vs. the emotional is a conflict that may never be satisfactorily resolved.

This is a dilema, but no I don't think so. They would have done it, even if there was a healthy boy was up next instead.