I think it is only suitable to do the Thursday Thirteen about Christmas in some way or form since this is the last Thursday before then. However, I didn't want to do the old standbys this time. You know, thirteen favorite Christmas songs or TV programs. They are all fine, but I am sure people will be able to find a ton of them if they look. Nope, today I decided to list thirteen presents that I will NOT be getting this Christmas. They are in no particular order


1. Laptop Computer (notebook) - I need this because it is still an excuse I have for not working on my writing projects. Once I get this, I will have to find another excuse. Once I satisfy all these excuses, I will be able to write a book about all the excuses I had for not writing.

2. My house sold - I have this house that I SAY that I am desperately trying to
sell. I work on some improvements from time to time, but if I was as desperate
as I SHOULD be, I would be working on it daily and there would be a sign in the yard. Anyone want to buy a house?

3. New (bigger) House - I am sharing my wife's house right now and it is too small for both of us. There is no way we can start a family till we have more space. As it is, I feel like I am living out of a suitcase. She didn't want to move
into MY house, although it is bigger and has an additional apartment in the back.

5. A puppy - We have three dogs as it is in this small house. It is my practice for
fatherhood. Since I am not Catholic, three practice children are enough.

6. Car - this is the same situation as the house. We have four vehicles and a
couple will have to be sold before this can happen. Two of them no one would
want and I can't part with my truck and classic car.

7. Be more in shape - Winter is a tough time to lose weight because of the weather and the holidays. I can't afford a gym membership because I have all my money tied up in houses and cars. However, I don't like the idea of not having any control of my weight so I decided to GAIN weight until January. So far, so good.

8. A gym membership - I guess it is possible, but gifts that expire are kind of a
gyp. But if I did get one, I could add it to the excuses that I mentioned in #1.

9. Cable TV for my work office - the facilities guys in my building at work was
supposed to have done this two years ago (I would like to monitor CNN and CSPAN). However, they are always "too covered up" - a favorite phrase around here.

10. New Carpeting for my office - three years ago this was supposed to be replaced. Back then; I packed a lot of stuff in boxes so it could easily be moved. It didn't happen. Those guys have been covered up. In the meantime, I have the only carpeting in the building still from the '70's. Seriously, it is this plaid thing - very dated.

11. A fantasy football championship. After years of winning championships along with the hundreds of dollars that came with it, I have officially ran my team into the grou 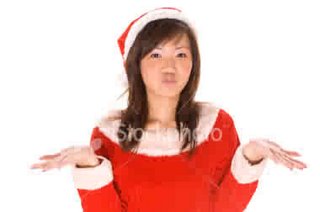 nd. Alas, I think the game has passed me by.

13. The ability to understand HTML enough to avoid screwing up these posts.

lol this is a fun list even if you won't be gettin any of these.
thanks for coming to my tt....i can't believe the comments i am getting. i only seem to get that when i bitch and moan.
have a good day.

Yup... I can relate to number one and number 7 big time!

So where is the house you are trying to sell?

Do you ever watch "Flip This House?" Interesting show. 2-4 weeks of remodeling and they sell like hotcakes. I don't think I would ever buy one of these homes ... especially knowing how much it jacks up the price after remodeling.

Laura: I know! My most responded to posts are when I complain about my marriage! Of course, that is when I need feedback the most. ;)

Sayre: Maybe I should write a book about not getting into shape.

JavaJabber: The house is in Evansville, IN. I haven't seen the show. I may have to check it out. It might be depressing if I realize what could be if I could afford the fix-up. Besides, I may not want to sell it if is TOO cool. :)

You could write a book about procrastination. That would be cool, you could find specific historical examples. Probe into the reasoning.

For images and links and maybe tables see http://helios.bto.ed.ac.uk/bto/biology/web_tute/html_codes.htm the rest is whole page stuff that's already in you template. If you start something always makes sure you /end it!

Merry Christmas Jeff....and I won't be getting any of that stuff either LOL