There is a family in rural Kentucky that has a pet lion. They call the animal "Kitty". Darn clever of them, don't you think? Barry Collins bought this cat at a flea market a few years ago when it was young cub. There is no indication WHY he bought it, I guess it was part of him being his clever, interesting self. Now that the beast weighs 400 pounds, the neighbors want him to get rid of it.


The Floyd County government is considering an ordinance prohibiting Collins from keeping his lion. Needless to say, there is a lot of resident support for such an ordinance.


Whether or not it was the brightest move to bring a lion into this neighborhood, or his family for that matter, is not the question. Despite the fact that Collins has three kids (ages 5, 3, and 1) and his house is within feet of his neighbors, he should be able to legally keep the thing.


Here's why: He previously satisfied all laws and licenses that apply for this kind of thing. He undoubtedly keeps Kitty in a pen that all officials deem safe enough not to arrest him for keeping a public nuisance (or danger). The most important reason, however, is that if the ordiance gets passed that prohibits keeping these typ of pets in Floyd County, it will be an "ex post facto" law as it applies to Collins. "Ex Post Facto" is a legal term which means "after the fact". The Supreme Court of the United States already ruled in Calder v. Bull, (1798) The ruling prohibits officials from creating a law to "punish" someone for doing something that was legal when committed. I use the word punish in quotes because removing a beloved family pet is surely punishment, even though no jail terms of fines would most likely be involved. 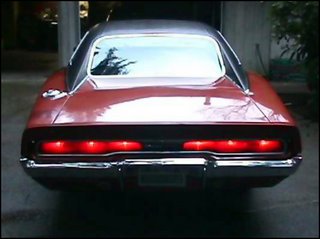 This reminds me of my own experience with my old Dodge Charger I bought in high school. I replaced the seats (because I had no foresight) and removed the seat belts. Subsequently, the State of Indiana passed a law requiring the use of seatbelts. I always screamed that if I ever got cited for not wearing mine in the car, I would take it to court citing it being "ex post facto". Yeah, I would have probably lost, but you can't tell that to college student who knows everything.

I could make a comment about Kentuckians, but I shall refrain. I will say, however, that the lion wasn't created to be caged or it would have been born in one. Where are PETA when ya need 'em?

Aww Jeff...I wont be gone long..Man thanks for that...(I take compliments anywhere I get them )

Plus the crew filling in I am dure will be entertaining to say the least!

Think of it this way...I will miss all the great blogs I read everyday! (hint that being yours included!)