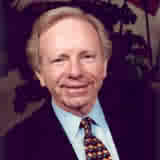 Senator, and former vice presidential candidate Joe Lieberman went down in defeat in the Connecticut primary election. Lieberman was hoping to return to the Senate as a Democrat. Instead, Ned Lamont will be on the Democratic ticket in November. This was a coupe of sorts, because the popular Lieberman has been in the Senate since 1989.

Why should you care about this unless you happen to live in Connecticut? Because it COULD mean big changes in the political system as we know it. Lieberman has decided to run again against Lamont in November as an Independent. Republican Allen Schlesinger is technically in the race, too, but only technically. In a poll I saw recently, Lamont and Lieberman should be in a dead heat come November.

The reason Lamont even had a chance against Lieberman is because of Lieberman’s support of the President Bush regarding the Iraq war. Lamont is anti-war and so are most Democrats in Connecticut and elsewhere.

If Lieberman wins in November, it could mean a shift in the general population towards a more moderate, less party-line way of doing political business. This, in my opinion, is good because I think the political parties have hurt the US by having a “party before country” attitude. This applies to both parties.

I happen to be more in the Lamont camp concerning the Iraq war. I think the war was ill-conceived and we should have been more concerned with bin Laden and not so much Saddam Hussein. Saddam would have been there AFTER the Al-Quaida problem was solved. In many ways, it reminds me of two dogs that I used to have around (mine and a friend’s). I would tease and antagonize my dog and he always took it out on the other dog (who had nothing to do with the teasing). Bush couldn’t find bin Laden so he decided to go after Iraq. He always hated Saddam Hussein anyway. 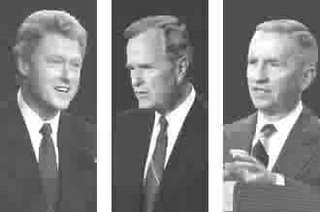 Despite my views on Iraq, I think the country will be better served if Lieberman wins in the fall. I would like to see the American electorate send a signal that they are tired of political parties having so much influence. They had this chance back when Ross Perot ran against Bush Sr, and Bill Clinton. Until Perot cracked under the pressure being put on him by “The Republican Dirty Tricks Squad” as he put it, Perot was ahead in the polls and could have been the first Independent president in the modern era.

It is my wish that something comes from this that pushes our politicians to be more independent in thought. Perhaps some will put the country first on an issue-to-issue basis instead of worrying about the promises their colleagues made to special interests. I won’t hold my breath, though. There are plenty of “Dirty Tricks Squads” out there to prevent that from happening.
____________________
No lyric game in this post. If you want to play go to the "Pride" entry below.

Was it wrong of me to chuckle when I saw Lieberman lost?

Absolutely not, Omz. The message needed to be sent.

I think you are right, that our government has too much on there plate. They should have focused on the main threat (Osama Bin Laden)