Indiana University Basketball is a Passion Play: The Fate of Tom Crean

This time of year is filled with passion. The NCAA tournament brings it all out.  Underdogs and big dogs show up to flash their wares to fans in arenas and to the millions at home that are surfing the four channels carrying the games.  Like every good passion during Lenten season, there must be a crucifixion.  Tom Crean, Indiana's beleaguered coach, is this year's sacrifice.

I like Tom Crean.  He seems to be nice guy.  He cares about his players.  He brought IU back from the disaster that was the Kelvin Sampson fiasco. He was the Moses that brought the program out of the bondage of  NCAA sanctions and a pillaged roster to the edge of promised land of basketball prominence.  But just like Moses, Crean is not to take them across that river.  That position is reserved to IU's next Joshua - whoever that turns out to be. 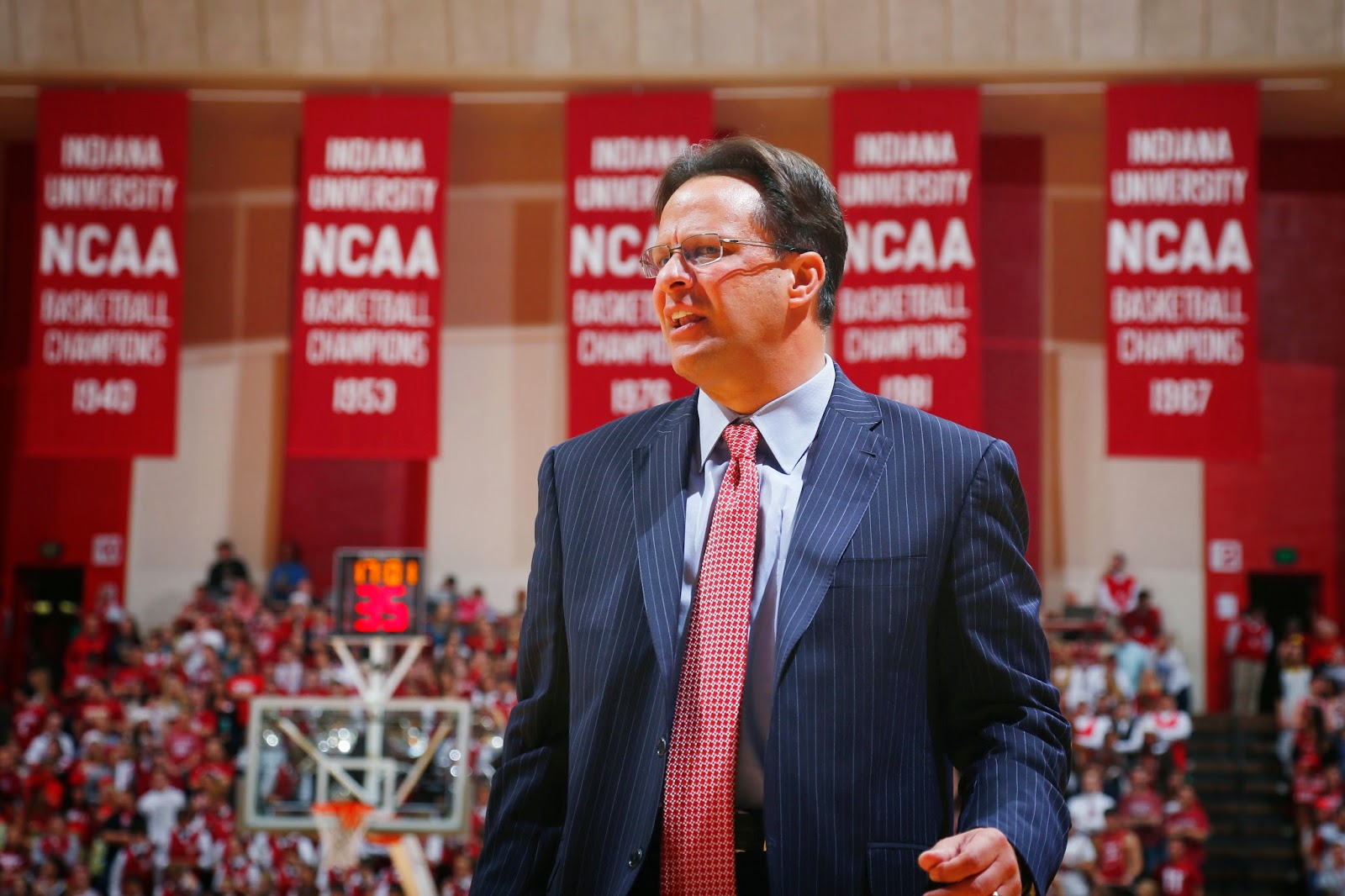 IU fans are rabid.  That is good and bad.  They care about their school and particularly the basketball team.  No one would ever debate that.  However, their rabidity can sometimes be unjust.  Crean isn't the villain many of them would have you believe.  He took a team that was full of walk ons and eventually turned it into the number one team in the country. He did the program a great service.  He should be thanked, given a cake, and be told that he is always welcomed back in Bloomington . . . as a guest.

If Coach Crean has been that effective with the program, why should he be shown the door?  It is a fair question.  Every good thing that he did for the program was a double edged sword.  Sure, he had a number one team with two NBA lottery picks.  BUT, he couldn't make it passed the Sweet Sixteen with two NBA lottery picks on his team - and an impressive supporting cast.  Syracuse beat the Hoosiers with a stifling zone in that sweet sixteen game. Red flag courtesy of the Orange.  Okay, that happens.  However, the very next season Syracuse beats them again. Coach Crean didn't change or adapt to win the game. He tried to beat Syracuse with the same failed game plan that bounced them out of the tournament the year before. That was another red flag.

From that point on, IU sank into mediocrity.  They lost important players either because they were ran off, left for the NBA, or transferred on their own,  They also had players get into legal trouble. One was even hurt in an incident that should never have happened.  As the team traveled through the shards of a damaged program, the coaching suffered.  The team had atrocious defense and seemed to lack discipline. They even appeared to lack respect for their coach.  After a strong start to the season, they slid finishing 5-10 with those five victories being over sub par teams. Still, they backed into the NCAA tournament because apparently the selection committee isn't  allowed to use the calender when determining who is allowed to get in.

Still Tom Crean will not be fired.  I think he will walk away of his own accord.  The IU job comes with a lot of pressure. Coaching in the shadow of those five National Champion banners can be daunting.  Although Crean seems to handle pressure okay, himself, it seems that his family has felt the weight as well.  Crean describes his wife as having anguish when it comes to Tom's and their son, Riley's games.  Riley is a player for a local high school.  I guess that is illustrated with the "Tom Crean Sucks!" cries at Riley's games when young Crean takes the floor. Tom, the Christian family man, probably is through with subjecting his family to that kind of atmosphere while trying to win back a fan base that used up all their patience the first few years of Crean's tenure. He also probably realizes that a civil, dignified departure is a lot better than sacked which would probably be coming sooner rather than later.  I believe he will negotiate a decent severance package and move to a school where basketball is just another sport.

Don't be too sad for Coach Crean.  He will be given a chance to coach at a decent school and he will arrive at his new digs with millions in the bank.  It is unfortunate that he couldn't make it in the basketball capital of the world.  However, coaching jobs are usually fleeting.  It comes with the territory.  It is a rare program that has a coach for the long haul.  Even then, it sometimes ends badly. Hoosier Nation certainly knows about that.