Will Thomas Bryant Help Crean Keep His Job at IU? 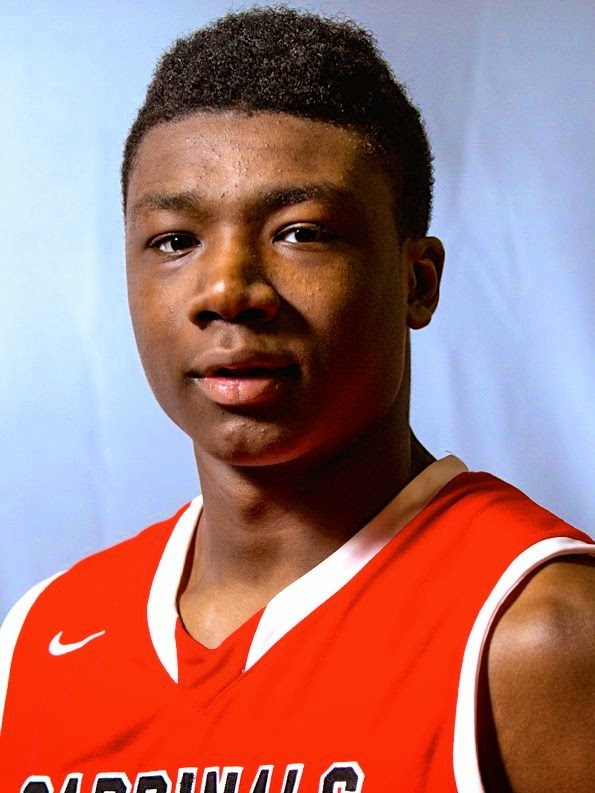 Perhaps the fate of Tom Crean at Indiana University rests in the hands of a 17 year-old man-child.  Of course, I am talking about the program's latest crush, Thomas Bryant.

Bryant is a 6-10, 240 pound center out of Huntington Prep, Huntington WV.  He is a four-star prospect rated 27th in this coming recruiting class.

It looks like it is a two-horse race between Syracuse and the Stripes to obtain Bryant’s services.  Two things that make me think that he is leaning toward Syracuse is that A. He still talks about them despite the fact that they haven't contacted him in a couple of months; and B. this comment that he made to Inside the Hall, about his Hoosier recruitment included, “They send me a ton of damn letters,” In addition, the Crystal Ball from 247 Sports also has the Orange edging out IU for Bryant's services.

With all the axes falling on coaches around the country, Crean's job security is still ambiguous at best. IU AD Fred Glass seemingly gave Crean an endorsement to remain the coach of the Hoosiers, but pay attention to what he actually said to the Indianapolis Star last week (bold emphasis mine):

"My goals for this program are to perennially contend for and to win multiple Big Ten championships, regularly go deep in the NCAA tournament and win our next national championship - be elite, if you will. As a lifelong Hoosier and IU basketball fan, alumnus and current AD, nobody wants that more than me.
"Coach Crean's status should be based on his ability to achieve those goals going forward, not what he has or hasn't done in the past. Because I believe in the team he has assembled and is assembling, his leadership of it and their ability to start achieving our program goals, I continue to support Tom Crean as our coach." This statement by Glass looks carefully crafted.  When he claims that he “continues,” that implies “at the time of the statement.”  He didn’t say, “I will continue . . .,” nor did he give a time frame or include the words "next season" in that statement,  It seems that Crean’s ability to “achieve those goals going forward” and the team he “IS assembling” necessarily involves Bryant, or at least a similarly qualified big man.  If not, IU is destined to have another undersized, under-performing team.

Bryant is poised to make his decision by next week. It just may be that if Crean wants to keep his job at IU, he needs to do more then send Bryant “a ton of damn letters.”  If Crean survives the Bryant recruitment without signing a quality big, then the next chapter of this saga may take place the first week of July, when the coach would be paid $4.5M less than if he was terminated today.