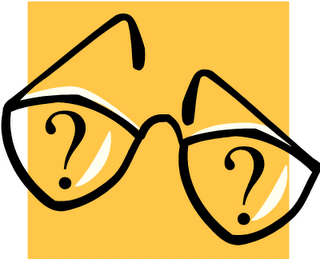 Don't worry, this isn't a new meme (hate that word) that I picked up somewhere. I just made it up. If you want to use it on your blog as one of those, feel free. Every once in a while (perhaps on Wednesdays ;) I will present some things that are bothering me hoping that someone has some insight. Here is what is on my mind today:

1. Why is it that Christians on TV are always portrayed as out of touch idiots? My wife and I was watching a reality show (Trading Spouses), and even the woman the show picked was kind of a whacko. I am sure the show's editing has something to do with it, but some things just spoke for themselves. There have been a lot of people with a strong Christian faith that contributed a great deal to history and society so I know that all Christians are not as idiotic as the media portrays them. I also know that those who do not believe are farther from Christianity after watching these shows.

2. Why is it that the ongoing presence of US troops in Iraq and the continued instability there because of it is somehow better than just letting a full-blown civil war break out and let the chips fall where they may? Both scenarios provide for a lot of death and bloodshed, but the civil war will at least end with the Iraquis deciding their own fate. I mean, how could it be worse than the Saddam Hussein era? I know people will talk about Iran coming in and taking over, but how can that be worse than the the Saddam era? If it would be worse, than why did we attack Iraq instead of Iran? I mean, if we thought we had to attack someone rather than go after bin Laden, why not Iran or North Korea? Don't get me wrong, I am not saying it is better to let them fight it out among themselves, I just want to know why it isn't.

3. Why am I a sports fan? It takes up a lot of my time and ultimately I get disappointed. For instance, I am a big Cincinnati Bengals fan. Monday night, after weeks of playing great, they laid an egg on national TV. It hurt their chances to go to the playoffs and I have had a bad taste in my mouth ever since.

4. Why is my wife not more of a sports fan and why is she losing her enthusiasm for her beloved University of Illinois basketball team? She used to be nuts for this team - even before they were great a couple of years ago. Shoot, she got me liking them and I went to Indiana University (a conference rival)? Last night we watched the first half of the Illinois/Missouri game. At half time, she talked to her dad on the phone and I went to check on my mother. I showed up in time for the second half and she was in bed. It was a close game (and Illinois won). I stayed up and watched the rest of HER team's game by myself.

5. Why do I blog instead of finishing my writing projects? I guess that is a loaded question because I could do both. I started blogging to get me used to writing everyday (or at least multiple times a week). I do that, but I haven't worked on my projects (four novels and two nonfiction pieces) in quite some time. My blog writing really isn't as good as my other stuff and doesn't have the pressure to be as good. Do you think I am just lazy?

I can not claim to know the answers to any of your 'why's', but I can certainly comiserate about number 5. With the introduction of Blogger and World of Warcraft to my environment, my writing career is stumbling and dying like an old mule.

I don't have a clue to any of your questions. Or mine. But it was nice to read that someone besides myself wonders a lot about #2.

I fully support the troops. They are just doing what they are told to do. But the writing is on the wall and no one is reading it. We need to get out of there. Period.

I'm not a sports nut at all. I do have teams I "check in on" from time to time, but when my husband actually decides to watch a game, I'll sit on the couch with him and read. That way we get to hang out together without me having to actually watch. Unless his older son is over. Then I go hide in the bedroom because they'll be getting loud and jumping around.

Wow, no one attempted to answer your questions. I realise that no one person (especially me) can be your oracle but I do have thoughts on your questions that I'm willing to share.

1. Down-to-earth Christians are no where near as entertaining as living-under-a-Jesus-rock ones. People (in general, not everyone) don't like to be told that their actions are wrong, that they don't have complete control over their life, therefore they love to hate the Bible and Christians.

2. I can't claim to know heaps about this (at all) but some of my impressions of the situation include; Saddam was the only one of those that you listed who tried to kill Dubya's father when he was president. For some reason he thinks he has the right to police the world but he can't possibly understand everything you need to know to make that policing effective. It seems that he's trying to keep peace without addressing the issues. He can't expect them to just drop their weapons when for over thirty years the Shi'ite muslims under Hussein have been killing Sunni muslims and Kurds who had no defence. Now that Saddam is out of the way the Sunnis and Kurds do can fight for their lives. The only thing that will bring peace is for those groups to stop hating each other.

4. I'm not really into sports so I find it unnatural when women love sports. However, when people get depressed they stop doing things that they used to like doing. I think that's what separates me from being depressed, I'm sad and frustrated a lot of the time but I don't withdraw that much and I don't stop doing what I want. Perhaps this is one of those things and maybe one day she'll like them again.

5. Everyone does it, procrastination. You're not lazy. I don't know why.

I look forward to getting back to reading your blog after my sabbatical ends in January!