. . . or How Blaise Pascal was actually the first pioneer of quantum mechanics. 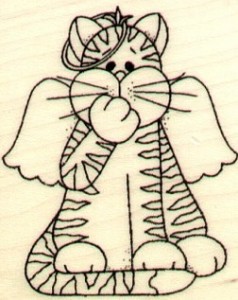 Whether or not there is an afterlife and/or a god or gods that rule it is a debate that has been going on for some time.  In fact, just search bulletin boards, chat rooms or Facebook groups and you will have more than your fill of choices.  Of course, being one that is not shy about debates, I thought I would weigh in here with a different perception.

Enter: Blaise Pascal.
Pascal was a 17th century genius - a jack of all intellectual trades, one might say.  His work advanced both mathematics and physics. In addition, some of his philosophical arguments are still discussed today.  One of these is known as Pascal's Wager.
The Reader's Digest version of Pascal's Wager states that no one can know for sure about the existence of God and/or the after-life but everyone bets their life on one or the other - they have no choice.  The safe bet would be to believe in God and live like He does exist because even if one was wrong, he would lose nothing but a few years of inconvenience and then vanish into nothingness.  If the believer is correct, thus winning the bet, he gains eternal life.  So it is a not much to lose and everything to gain proposition.  Compare that to the person who bets that there is no God.  If he wins, then he lives as he pleases and vanishes into nothingness.  However, if he is wrong, he is subjected to a horrible and eternal afterlife.  For Pascal, the smart bet would be to believe in God and live like it because one would have very little to lose and everything to gain.

Schrödinger vs PETA
Fast forward about 270 years. Erwin Schrödinger was a Nobel Prize-winning physicist who was instrumental in the development of quantum theory. Schrödinger's cat is a thought experiment that deals with possibilities and outcomes.  The original concept was based on whether or not a radioactive atom is decayed in an hour's time. It is a complicated explanation dealing with the half life of the atom in question. Since I don't want to lose anyone in the explanation of it, I will modify the scenario in a fashion that will make it more likely that people will stay for the ride.  So here is Psychosomatic Wit's version of the Schrödinger's Cat thought experiment.

A cat was closed in a box with some food laced with deadly poison.  After an hour, it was assumed that the cat had either eaten the poison and died or did not eat the poison and is alive.  Until the box is opened, the cat can be considered both alive and dead at the same time.* This explication (known as the Copenhagen Interpretation) holds that it is the act of measuring (or in this case opening the box and observing) that changes the dual reality (both the alive and dead cat) into one conclusion. That is just one of the many interpretations of this thought experiment.** As nonsensical as this sounds to some, many reputable theorists still assign validity to this interpretation.
The Afterlife has Gone to the Dogs - or in this case to Schrödinger's Cat.

Whether or not there is an afterlife is something that cannot be determined with any certainty until after one crosses over from this life into . . . well, that remains to be seen, doesn't it?  So if we are to use Schrödinger's thought experiment as a model we can conclude that while we are living, waiting for us is both an afterlife AND a state of nonexistence.  When we depart the living in this physical world one of those conclusions will remain a reality while the other will no longer be viable.  How then shall we live in the meantime?

Well, if it was your beloved cat in Schrödinger's box, you would anxiously cling to the living cat until you are finally able to joyously reunite with it or sorrowfully say goodbye.  If not, you would have said your goodbyes at the point the cat was placed into the box.

Why would we treat the afterlife any differently?  The choices are that one could embrace a hopeless destiny or a meaningful life full of hope.  With the former, we might muddle through this existence looking for some kind of meaning and only finding it by assigning purpose to helping a few fellow hopeless souls who also have a meaningless, finite existences.
Or, one could choose the equally viable option of the afterlife. With that choice we could look forward to unending bliss in reunion with loved ones and embrace being part of an eternal plan that gives meaning to life by being a part of something much bigger than only a finite, random existence offered by the alternative.

I know that some would argue that even if the afterlife exists, it may be unpleasant no matter how one chooses to live and a seemingly infinite list of other negative possibilities.  That is a discussion all its own and should be given its own space. I will leave factoring the probabilities of the characteristics of the afterlife for another time.  So keeping it simple, one can choose which direction he wants to go in consideration of his appointment for death. The beauty of it is that there is no wrong answer.  It is just a question of choosing what kind of life you want to live and what kind of gamble are you willing to take.

I know what reality on which Pascal would have wagered . . . and he was a genius.

*No cats were harmed in the making of this blog post
**Schrödinger's Cat thought experiment was based on sub atomic particles, half life of a radioactive atom and a mechanism to determine whether or not the atom had decayed to the point of emitting radiation that would cause a vial of poisonous gas to be broken therefore killing the cat.  I explain this to hopefully dissuade egg heads from coming after me about quantum mechanics which would really just be a distraction that misses the plot.

I don't know what happens after death. My religion teaches eternal life, but the beauty of my religion is that the door is open for thinkers who may disagree with any and all parts of the dogma. If you are not questioning, you are not learning anything.

To me, what happens after death is the next adventure. We all die. If we wink out to nothingness, fine. If we come back for another ride on Earth, fine. If there is a pearly gate and streets of gold - well, I suppose that would be fine too. I don't worry about it and live my life as I feel a caring, thinking human should.

Good to see you back writing again! I'm about to make that leap myself.