Got a Good Joke? 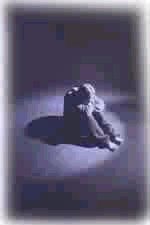 I am in a bad place. I don't really know what is wrong with me. The last couple of days I have been in a not-so-good way inside. I guess if one would diagnose it, it is a kind of depression - based on symptoms. I can't get motivated and I seem to be pessimistic.

The last couple of days I had planned to get a lot done. I need to work on my house(s), work on wedding stuff, mow three (count them) THREE lawns, write (including in this blog), and other things that I can't even think of now. Here is what I did. I watched TV, actually played a video game, and messed with fantasy football stuff. That's it. Now the holiday weekend is over and I have to cram that stuff into my work week. Joy.

I was really hopeful about the productivity I would have this past weekend, too. My fiancee was out of town so there was the decline of demand on my time that she provides. But no. Nada. It is not that I had the attitude that I needed the rest so I felt good about it. I did, indeed, need the rest; I just didn't feel good about getting it. Actually it made my mental state worse, yet I felt helpless about it.

I tried to analyze myself to try to figure it out. Did I miss my fiancee? Yeah, but I also looked forward to the space a little. As a matter of fact, yesterday when I woke up, I decided that I didn't want to get married after all. It is a short five weeks before I am nuptualing, honeymooning, and vacationing in Jamaica. I am not looking forward to it for some reason. I chalked it up to the depression; maybe it was a tropical depression (for lack of better term) so I got over it (or am in the process of doing so). After all, feelings and emotions are seldom the representation of reality. Fear isn't going to defeat my intellect on the subject.

Finding out that the Croc Hunter (Steve Irwin) was killed didn't help. I liked him and his program, but admittedly, I haven't watched it in quite some time. Still, there was something unsettling about his death.

I shouldn't have missed church. Nothing good ever came about from me missing church. I just couldn't get going, though.

These things will pass. They always do. The sun rises and sets, sets and rises and life happens between those events. We have to go with it and make the future as it is the sum of many presents. Maybe all I need is a good laugh.

How could I have a good joke? I'm not wearing a hat!

I stopped by to thank you for commenting at my journal! So.. thank you!

a joke? You want a joke from someone who has your depressions symtoms 99% of her life? duh!.. I could send you a picture of me.. that's a joke!

btw: congratulations on the upcoming wedding!

I don't have a joke for you - I'm more of a spontaneous/situational humor guy as opposed to a joke teller.

Slow down and drop some of the burdens. As Jesus said "my yoke is easy and my burden is light" so give your burdens to Him.

I know from experience the whole having a list of things to do and then "squandering" the opportunity to do them, But I often find that what I did in their stead was what I really needed all along. So look at your "lazy" weekend as a break, and as a chance to shift around so-called priorities to make time for you.

TwoWriteHands: As Monty Python would say, "People aren't wearing enough of them."

DesLily: Thanks for dropping by. We have some kindred spirit I think.

WriteJerry: Are you related to TwoWriteHands? You are right about where to lay my burdens. Sometimes we have to hit hard to see the Truth.

I'm hearin' ya on the feeling that's come over you. It's hard to self-analyze, and when you try, sometimes it becomes a vicious cycle of looking at why you're feeling bad, then feeling bad about the things you've thought of. It's hard to break the cycle, particularly when you're a little stressed. Hang in there.