The Faulty Lighter: Trying to Use Prayer to Light the the Dark Path Between Faith and Atheism

Part III in the Series of the Process of Prayer 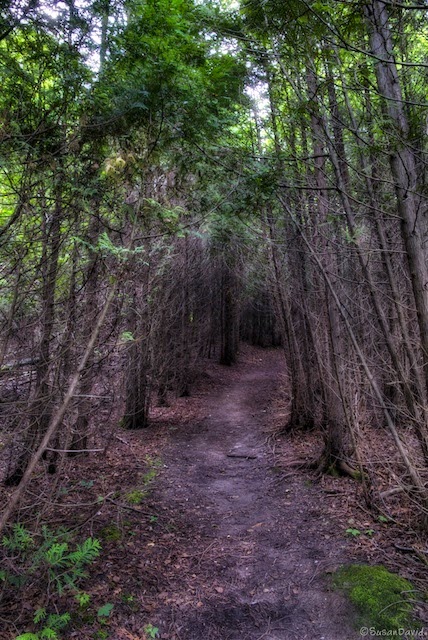 I never knew what interest or effect this little blog series may have on anyone that reads it. Truthfully, I still don't know.  I suspect that it is considered slightly amusing and . . . "what's on TV?"  I knew there was an element out there that wouldn't appreciate my last submission about Atheism.  I received a few arguments against it, but they were mostly arguments of semantics which really didn't change the overall theme.  I actually relate to people that do not believe or no longer believe in God.  Their doubts and reasons do not escape me.  That is what this particular post is about.

I have always believed in God.  I wouldn't say "indoctrinated" because most of the time, I was the only one in my family that went to church. As I think back on the beginnings of my spiritual life, I return to age two or three. My oldest sister would load us into her car and take us to a modest Baptist church in my hometown. We went every week until she got a job at a burger joint and wrecked church for the rest of us. My mother and father never went to church for their own reasons, but they both believed in God and encouraged the kids to go.

All I can remember from my early church experience is that Jesus loved me. Somehow, as a small child, I grasped that. I even had a grasp of who Jesus was. Thinking back, it seems kind of supernatural because a ton of adult church-goers still do not really understand who He is. But I guess that is why Jesus told us all to come to Him as little children.  Little children don't have to understand every grain and fiber; they just believe.

Later as a boy, I remember going to church alone on a big orange church bus.  Oftentimes, my dad would pick me up after the service.  Throughout my childhood, I developed this sense of morality that has stayed with me throughout my life - even in times of doubt. Trust me; there was plenty of times of doubt.

As I got older, my curiosity grew.  I wanted to know more about God, but I also wondered if He was really real.  Many times if I got fearful about something, I thought about whether or not there was nothing there or nothing after death.  It is funny what fear and other emotions do to our thoughts and beliefs.

There were times in my life - college, grad school, and a time of independent study thereafter (i.e. unemployment) that I developed my  propensity for being analytical.  During that time of independent study, I just poured over books, the Bible, anything that I could find that attempted to shed light on God or lack thereof. I was as objective as I could be because I was more interested in truth than validation.  At some point, I felt more and more that I could "prove" the existence of a Christian God - at least from a "legal" standpoint.  When I say "legal," I am saying that if you gathered a group of people, neutral on spirituality, I believed that I could convince them that the Judeo/Christian God did indeed exist.

Despite that conclusion, I still had times of doubt.  After all, legal proof isn't the same as scientific (observable and testable) proof.  We have all seen in our legal system innocent people being convicted, so there is always room for doubt - rightly or wrongly.

In my adult life, I have had experiences of strong communion with God - to the point where it has been conversational.  During those times, there was not any room for doubt.  Other times, the power of the communal memories were chased away with skepticism- sometimes explainable but other times, not so much.

My marriage and divorce was one phase of trying times for my faith.  I felt betrayed by God - not only because I felt I was obedient in the concept of even marrying her when I did (I didn't feel like the timing was prudent), but also seeing the chance of having children of my own come and go.  You can read about that here: Open Letter to God and here: Endings . . .,  if you are so inclined.  Doubt increased but never took me over.  I came out on the other side with my faith legs intact but with unsteady knees.  I didn't know how much more my spirit could take, however. Plus, during that time, the world and the people around me were pushing more and more the concepts found in Atheism.  Still, I stood and walked.

Then, came to the spiritual struggle of my life with the health and passing of my mother.  My mother was also my best friend, and in a sense, my child.  She was dependent on me and I was honored to take care of her. It was her affection that got me through the whole marriage/divorce debacle. Back in February, my mother had an incident that changed her health and ultimately caused her to depart this world - an incident that should not have happened.  I am not going to go into all the details, but she was healthier than I had seen her in years right before this incident happened.

Over the next several weeks and months, I went through a spiritual transformation.  My prayer life changed.  I spent every morning in the shower praying - and I am talking LONG showers.  Sure, my mother got plenty of time in this new prayer life, but I noticed me praying a lot more for other people.  Some were prayer requests, but many were just people that were on my heart.  Not only that but I spent a lot of time on my knees or prone in my prayers.

But more than that, my whole life changed.  I have always been somewhat of a prude, but little things like exaggerations and resentments over others' bad driving gave me conviction.  I was as "holy" as I could picture any human could be.  I did this, not as part of some bargain I believed I was striking up with God, but as a person that was being convicted of falling short.  There was a driving, internal force that just didn't want anything separating me from God who was hearing prayers for my mom and others.  I remember having the fleeting thoughts from time to time that I am not sure if my faith could survive something happening to my mom - especially when my heavenly father, Abba (which translates to something like "daddy") sees my heart and my desire to please Him and save her.

Over that time, my mom slowly made progress.  She was able to be weaned off the respirator, was able to have a few mini-conversations with me, and was supposedly ready for rehab.  In rehab she struggled with alertness but her vitals were strong and all her levels were healthy.  Then, out of the blue, one June morning she was gone.  We were shocked.  Can you guess what happened to my faith?

The final installment of this series will deal with conclusions about God and prayer. You can find it here.

Email ThisBlogThis!Share to TwitterShare to FacebookShare to Pinterest
Labels: About Me, blog, faith, God

Abba reminded me... my one high school teacher studied Greek and Hebrew so she could read Bible texts in the original languages. Remarkable woman. :-) She gave talks on Bible theology that stayed with me my whole life.

I would love to be able to do that! I am sure you did get a lot out of it. I wonder what gets lost. I wonder if some of it God wanted to get lost. ;)